We all love to see the new life come into existence with its seemly-unlimited energy. The flexibility of the new life makes those that are stiff because of innocent poor choices in consumption and the progression of age wish that they had that vitality and youth once again. Science has come to know, that vitality can be preserved to a certain degree, if the human body is consciously taken care of by the person in side. Some how through improper education the masses have come to believe that age automatically means decrepit ness and pain. This fallacy has been brought about through the race consciousness. This race consciousness is a consciousness that all people in the environment are subject to unless education to the contrary is adopted. For example most people in the western world believe that white flesh is superior to other colors unless taught the truth. The truth is, superiority is based upon consciousness and practice of the devotional spirit as it relates to reverence of the life force. However, the race consciousness can cause you to believe that you will get sick and be in chronic pain automatically because you age. This is not true, because others may believe it. The reality is, you will be about as young as your self image thinks you are, and that state of mind will guide you to the youthful behavior and definite choices that’s required to manifest the physical state that will be its correspondent. Choices determine our life and choices can carry with them at the extremes life and death. If we believe we are old, the cellular structure of the body will conform to the belief. In believing we are old the vibration of the thought will restrict vital metabolic processes at the cellular level because the cells are actually told to do so. We talk to our bodies every second of the day, and the body through vibration accepts your information and moulds itself to it. If you imagine yourself as old, you are old because of what you think about yourself. Your cells will then conform to what you think about them. The substance that your body is at its essence is energy and information. You as a physical body are energy and information functioning as a human body. Quantum physics tells us at the ground state of the energy and information all matter is formed in consciousness. This consciousness is a field of all possibility in terms of substance taking on form. What determines the form are the thoughts or impressions coming to your mind. If what we are being told about the quantum field is true then the energy and information that make up your cells can and will be influenced by your predominant mental attitude and self image. Suffice it to say, if you think sickly thoughts your cells will conform to the impression in those thoughts and because your thoughts are creative sickness will be created in your body. Or to the contrary, if you think thoughts of health the consciousness will mould itself to health in your body. Our choices are too often predicated upon our dominant mental attitude. Poor choices relevant to food, relationships or beliefs can and in most cases are dictated by our environmental factors if we are not directed by self-suggestion. Most people think they tell themselves what to think. However, this is not true. Most people think based upon what the outer world tells them to think. The outer world consists of all stimuli from books to media to professors etc. Most people are not directed from the spiritual internal world, or the “Kingdom Of Heaven”. Most people have not found it. The Bible says: “First seek ye the kingdom” which means you must first find it before, “the other things can be added unto you” which we believe to be health, wealth and happiness. It is unfortunate that the masses have not been able to find this place within them. And it is equally unfortunate that many people have become so damaged as a thinking entity that they may never find it, leaving the life to one of chronic sickness, weakness and unhappiness. The key to the better life is in improving your self image. 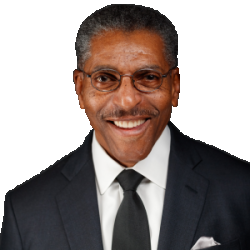